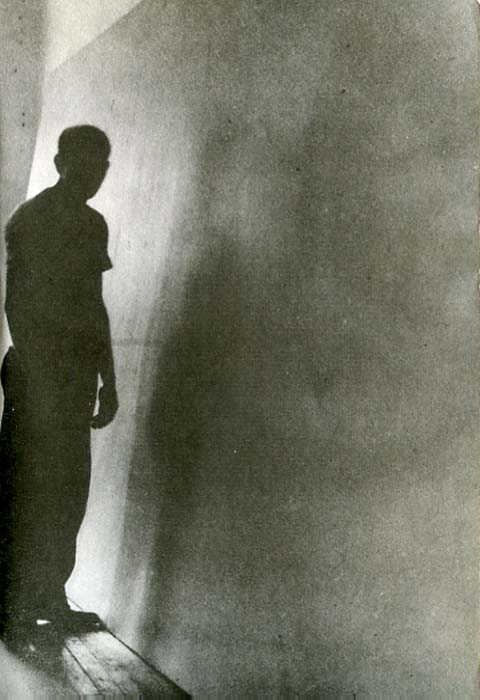 Pollock standing in front of blank canvas for Mural 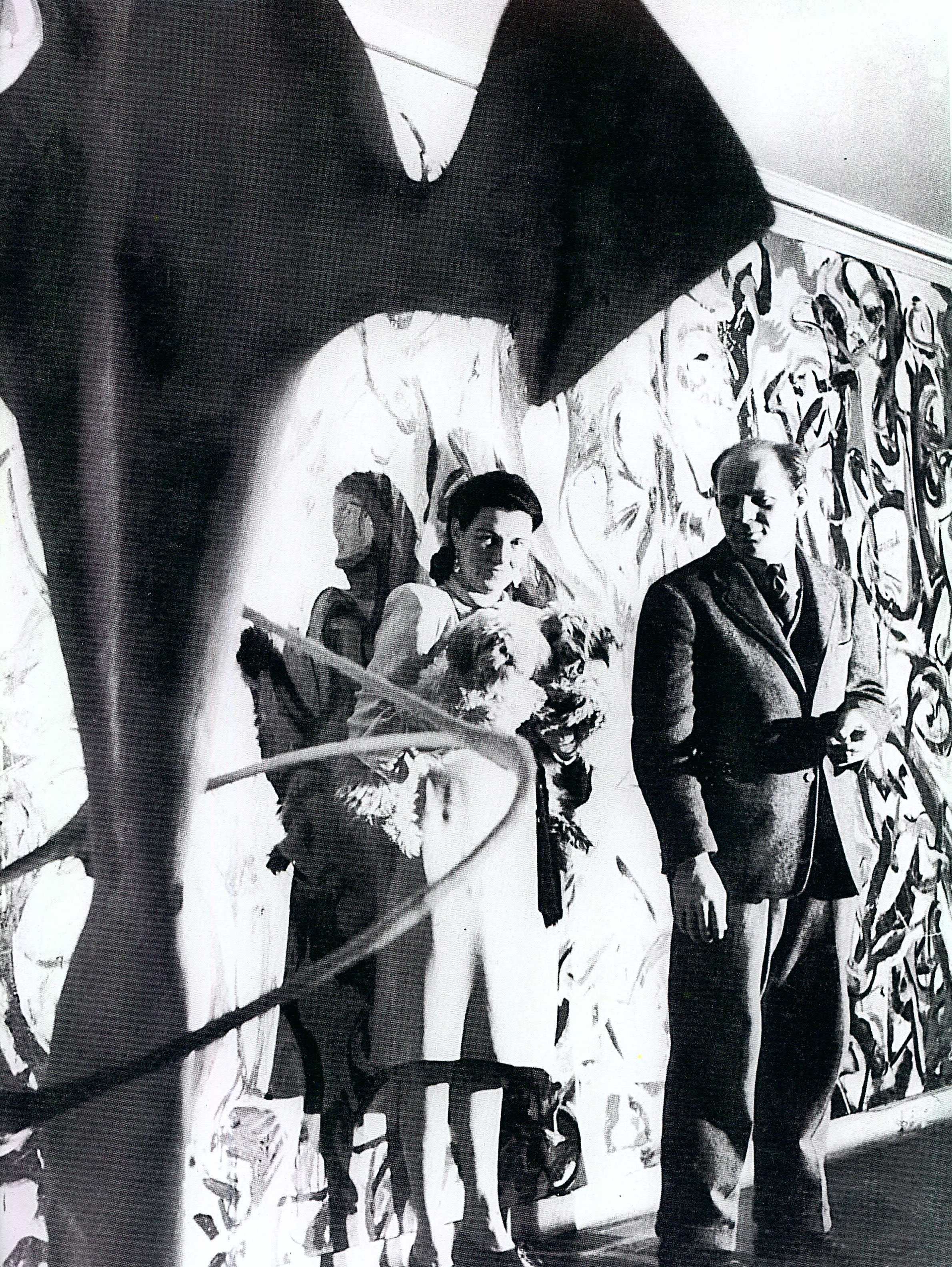 Peggy Guggenheim with Jackson Pollock standing in front of Mural with her dogs, 1943.

"Every so often, a painter has to destroy painting. Cezanne did it, Picasso did it with Cubism. Then Pollock did it.
He busted our idea of a picture all to hell. Then there could be new paintings again." - Willem De Kooning 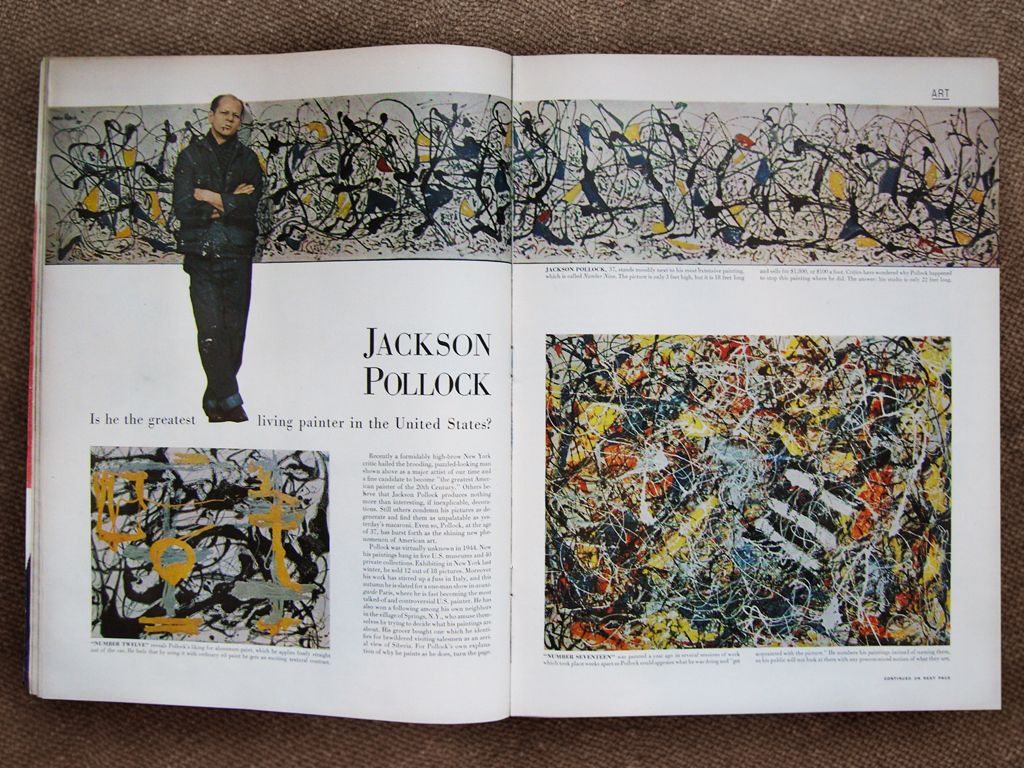 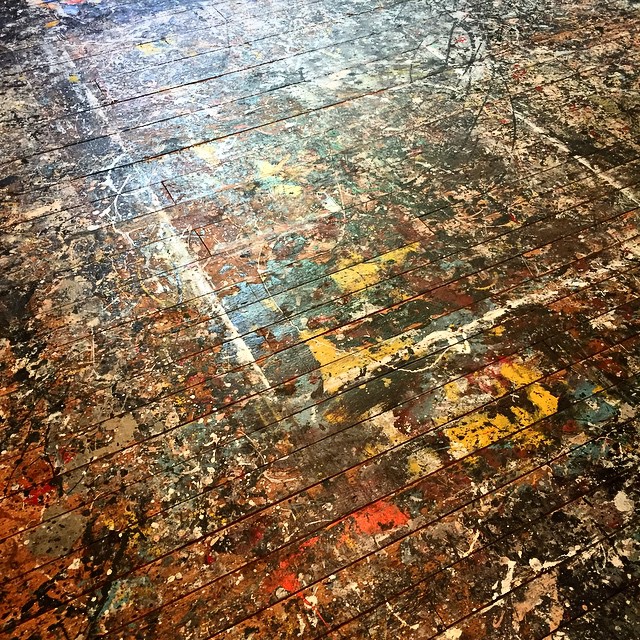 Jackson Pollock and Lee Krasner in the studio, 1949.